Room for One More?

HAPPY THANKSGIVING!  Last year on Thanksgiving, I posted about our sweet rescue dog, Lucy.  Here’s the original post about her story and a second follow-up post.  My daughter, Caroline, and I were the primary “parents” for Lucy, helping her transition for almost a year from a very traumatized dog, who spent almost her entire first two years in shelters, to a joyful, sweet “wonder” dog.

As we neared the end of Lucy’s first year with our family, it became evident that as Caroline began her teaching career in Tempe, Arizona (about an hour and forty five minutes away) and got her first solo apartment, that Lucy would join her as a perfect companion.  It was a difficult decision for me since Lucy melts my heart (and still does).  However, seeing how Lucy has adjusted to apartment life (the apartment complex even has a Bark Park), I knew we had made the right decision.

So I was in dog-less funk for a couple months and, in spite of having the nuttiest, naughtiest rescue cats, Sasha and Boris (they rule the house), I was feeling the loss of both for Lucy and my daughter.  My daily walks weren’t quite the same.

Can you find Freddie in the pillows?  He thinks you can’t see him.

Freddie is approximately a 2 year old black pug with a wee bit of something else mixed in for spice.  We suspect Boston Terrier.  Fun Fact:  When a Boston Terrier is combined with a pug it’s called a “bug.”   I received a call last August from a pug rescue in Phoenix that Freddie needed a home.  His back story is that when he was about 6 months old, he was found in a Walmart parking lot with no identification and a seriously broken leg.  The rescue got him medical care and the vet managed to save the leg (initially believing it would need to be amputated).  Freddie was adopted from the rescue and moved to a new home.  However, after about 18 months, he was surrendered to the rescue again because his owner had financial challenges.

Freddie likes to help me take photos of my cards.

I got the call from the rescue (I had submitted an application but was in no hurry) and we drove to Phoenix to meet Freddie.  First, he needed to connect with my husband, Scott . . . Lucy had been very shy and timid around men, including Scott.  However, Freddie was an instant “love pug” and had absolutely no problem cozying up to Scott . . . he is ONE social dude.   The moment I set eyes on his little pug face, I knew we would be his “fur-ever” family.  We drove directly from the rescue to my daughter’s (Tempe is outside Phoenix) with Freddie.  Good news!  It was love at first sight (especially for Freddie – he is smitten by Lucy) when they met.

Caroline, Lucy and the “little guy!”

Freddie is now my stamping studio bestie.  He is rarely more than a few feet from me and loves to play fetch with his toys.  He is working on obedience as well as perfecting his potty training.  I had forgotten how stubborn a pug can be.  He is participating in the same obedience classes that Lucy did and he graduated from beginner’s class with flying colors.  Go Freddie!

Rescues often come with some not-so-perfect behaviors that need to be addressed.  His biggest challenge is meeting other dogs and our cats (Sasha and Boris).  He simply loses his mind with barking and anxiety.  Even when watching critter shows on Animal Planet, he goes wild and leaps at the screen.  We have no alternative but to turn the channel.  However, his behavior is improving with lots of treat reinforcement, obedience training and a ton of patience.  During my most frustrating Freddie moments, he is clever enough to settle down, drape himself across my body if I’m lying on the bed and fall sound asleep.  It’s impossible to stay frustrated for long.

Was it ever a question IF he could sleep on the bed?

This Thanksgiving, I’m so grateful that our family was able to find room for one more rescue.  Sasha, Boris, Lucy (now Caroline’s baby) and little Freddie are joys in our lives and complement our family.  Freddie and Lucy are spending the Thanksgiving week together (as well as several past weekends of doggie “sleepovers” when my daughter was home).  Our home becomes a race track for their chasing frenzies.  Toys are scattered everywhere.  Boris and Sasha watch from afar with disdain (that’s what cats do).  Life is good in the Fish family.   Have a beautiful Thanksgiving with family and friends, both the “fur baby” kind and human! 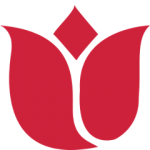